Room & Board is an industry leader in sustainable furniture. Now, we’re linking arms with Climate Generation: A Will Steger Legacy, a non-profit that empowers individuals and their communities to engage in solutions to climate change, and to educate ourselves and others about the positive changes we can make to protect the planet.

Thanks to this new partnership, we’re giving you exclusive, early access to view the film “After Antarctica.” This new documentary follows polar explorer Will Steger’s life and his 1989 journey across Antarctica—a journey that would ultimately open his eyes to the most pressing issue of our time.

Until now, the film has only been screened at film festivals and is not yet available to the public. Thanks to our partnership, we’re offering you two exclusive, limited-time options to view the film online. We invite you to share the links to watch with your family and friends.

Register to watch live on January 5 to see a bonus interview with Will Steger and Climate Generation prior to the film.

Register to watch over the weekend of January 7.

Climate Generation is providing free movie discussion guides to help inspire conversation about how we can all contribute to solutions to climate change. 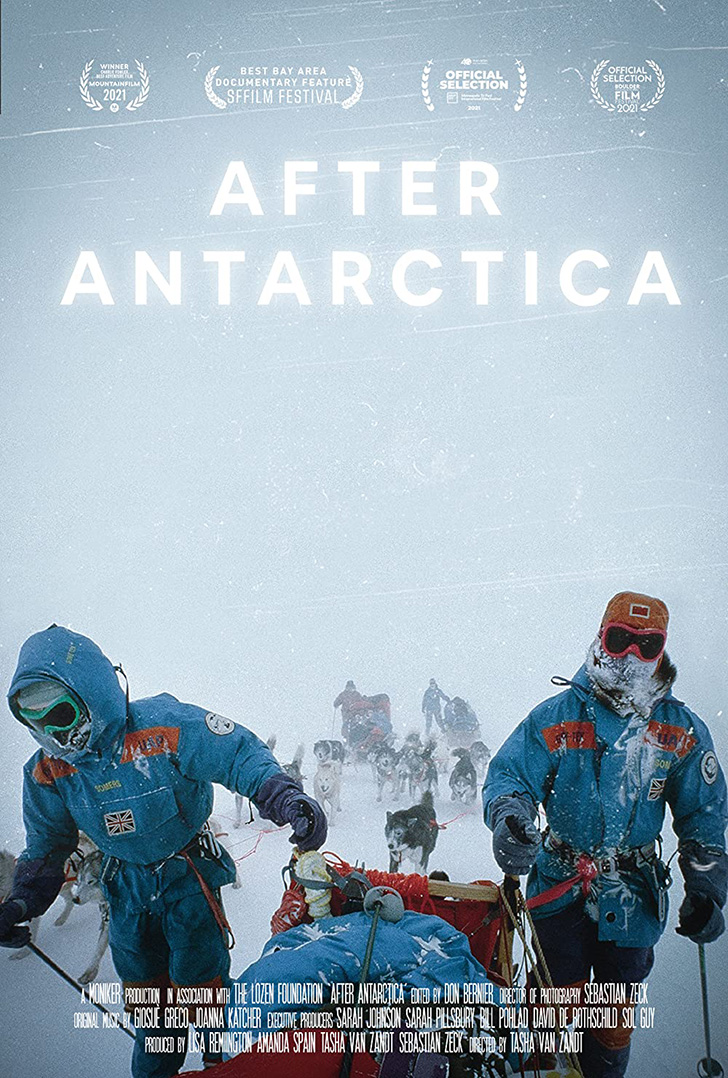 A journey across both poles, “After Antarctica” follows polar explorer Will Steger’s life journey as an eyewitness to the greatest changes to the polar regions of our planet. In 1989, Steger led an international team of six scientists and explorers on the first coast-to-coast dogsled traverse of Antarctica. The ultimate mission of the expedition was to draw global attention to Antarctica’s changing climate and use the expedition as a tool to renew the Antarctic Treaty, which would protect the continent from mineral exploitation. Even with his background in science and knowledge of the changing climate, Steger could never have expected what he would soon discover. This arduous expedition ultimately changed the course of his life forever.

Now, thirty years later, Steger heads out on the ice once again, this time to the opposite end of the Earth, recounting the life-changing journey that led him to where he is today. “After Antarctica” is a film about a legendary expedition unlike any other—not only were Steger and his team of renegade explorers the first to complete this historic feat, they were also the last. 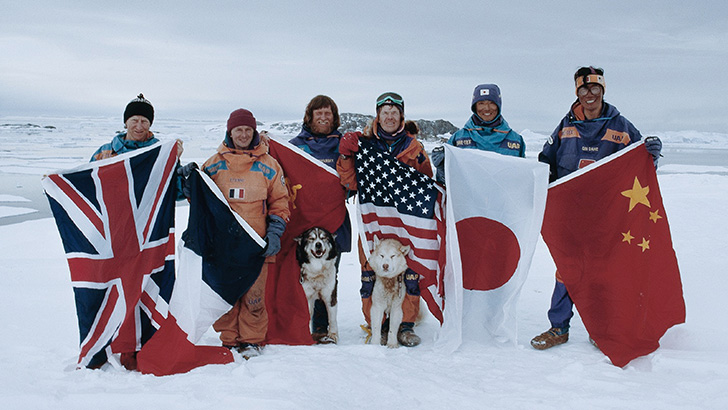 Steger (pictured with U.S. flag) and his Antarctica expedition team

Polar explorer Will Steger has accomplished the most significant polar expeditions in history. None of his expeditions can be replicated today due to the impacts of climate change. He led the first confirmed dogsled journey to the North Pole without re-supply in 1986, the 1,600-mile south-north traverse of Greenland in 1988 (the longest unsupported dogsled expedition in history), and led the first dogsled traverse of Antarctica in 1989-1990 (the historic seven-month, 3,741-mile International Trans-Antarctica Expedition), featured in “After Antarctica.”

Will joined Amelia Earhart, Robert Peary, and Roald Amundsen in receiving the National Geographic Society’s prestigious John Oliver La Gorce Medal for “Accomplishments in Geographic Exploration, in the Sciences, and Public Service to Advance International Understanding” in 1995. This was the first and only time the Society presented these three categories together. Steger has established two nonprofits—the Steger Center in Ely, Minnesota for innovation and leadership and Climate Generation for education and action on climate change to continue his legacy.

Climate Generation: A Will Steger Legacy empowers individuals and their communities to engage in solutions to climate change by igniting and sustaining the ability of educators, youth, and communities to act on systems perpetuating the climate crisis.

As the lead education partner of the film, Climate Generation is drawing on the ethos of their name to make an impact through climate change conversations. This generation—the Climate Generation—has been the first to really experience the effects of climate change and will have the biggest influence on how we address it. They recognize the power of eyewitness accounts and personal stories, acknowledging that as our world warms, we all have a climate story to tell. Stay tuned for an “After Antarctica” discussion guide from Climate Generation.

Room & Board looks forward to our continued partnership with Climate Generation to help us amplify the urgent message of climate change. If you feel inspired about being part of the solution, we invite you to join us in supporting Climate Generation.

Photos by (top to bottom) Tasha Van Zandt, Will Steger, Per Breiehagen