The aftermath of ice in the South is slowing foam availability across the furniture industry. Upholstered furniture is delayed. Learn more

An influential painter of the early 20th century, Qi Baishi specialized in depicting birds, flowers, insects and other elements of nature. Unlike most other Chinese artists of that period, his work shows no trace of Western influence. These are reprints from original woodcut plates that were part of a rare book published in 1952. 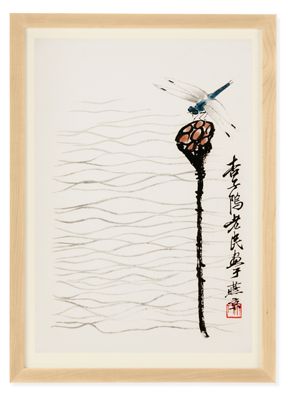 The following is an image carousel of customer submitted images. You can browse all of the images in the carousel in the list below.